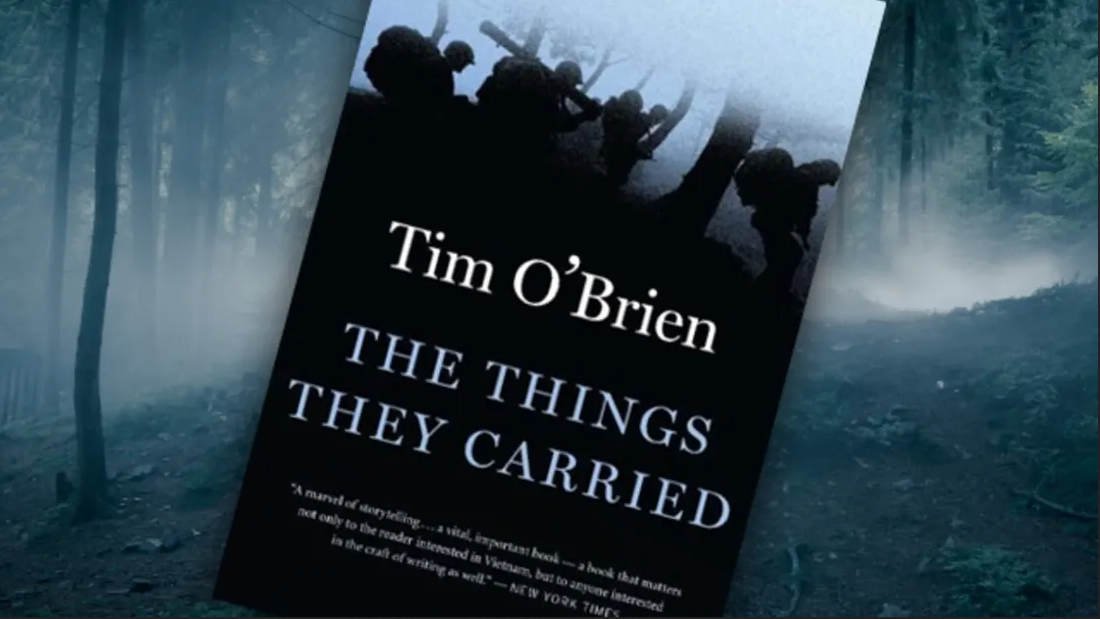 The Things They Carried is a collection of linked short stories by American novelist Tim O'Brien, about a platoon of American soldiers fighting on the ground in the Vietnam War. His third book about the war, it is based upon his experiences as a soldier in the 23rd Infantry Division.

O'Brien generally refrains from political debate and discourse regarding the Vietnam War. He was dismayed that people in his home town seemed to have so little understanding of the war and its world. It was in part a response to what he considered ignorance that he wrote The Things They Carried. It was published by Houghton Mifflin in 1990.

Many of the characters are semi-autobiographical, sharing similarities with figures from his memoir If I Die in a Combat Zone, Box Me Up and Ship Me Home (1973/paperback 1999). In The Things They Carried, O'Brien plays with the genre of metafiction; he writes using verisimilitude. His use of real place names and inclusion of himself as the protagonist blurs fiction and non-fiction. As part of this effect, O'Brien dedicates The Things They Carried to the fictional men of the "Alpha Company", contributing to the novel appearing to be a war memoir.

You can join us using

Created with NationBuilder – Theme by Tectonica